Who are The Style Guys? 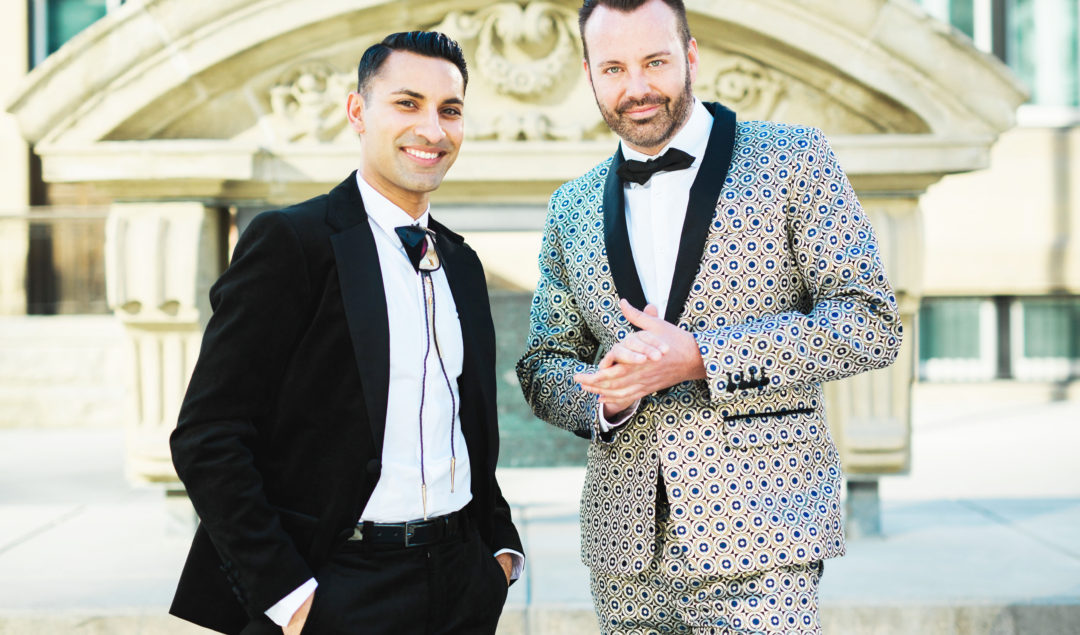 Jason Krell & Alykhan Velji are style experts on a mission to save the world from pleated pants, Crocs and yoga attire in public. Writers, presenters and spokespeople, Jason and Aly are based in Calgary but travel the globe extensively as part of their ongoing research to discover all things style. They have a weekly segment on Virgin Radio Calgary, a bi-weekly column in 24 Hours Vancouver, and can be seen around the world on E! Network’s ‘Celebrity Style Story’ and Cosmo TV’s ‘Styleography’. They are the official spokespeople for Calgary’s Crossiron Mills and make regular appearances on several other television news programs.

Jason has been involved in the fashion industry from the age of 15 when he was first scouted as a model. His career took him around the Europe and North America, appearing in commercials, on the pages of magazines and walking the runways. After leaving the modeling industry, Jason completed a degree in Communications and now works in the public relations industry as a Partner / Communications Director in At Large Communications. He works for a wide-variety of clients including some of Canada’s top retailers and designers.

Alykhan is an interior designer and one of Canada’s most recognizable design personalities. His residential and commercial interior design business, Alykhan Velji Designs, continues to grow with clients flocking to him for his unique sense of style and professionalism. His career was catapulted after appearing on HGTV’s ‘Designer Superstar Challenge’ where he placed in the top three. He was then asked to assist on HGTV’s ‘Style Department’ with Suzanne Dimma and continued his media career with two seasons of ‘My RONA Home’, does monthly appearances on The Marilyn Denis Show and a writes a regular column in the Calgary Herald (to name a few). Aly has been called ‘A Guru of Decor’, one of the ‘Top most compelling Calgarians’ and in 2010 was named by Avenue Magazine as one of the Top 40 under 40.

Back to School Savings Secrets From Crossiron Mills